Home / Policy Papers / Lack of Parking Spaces in the ... 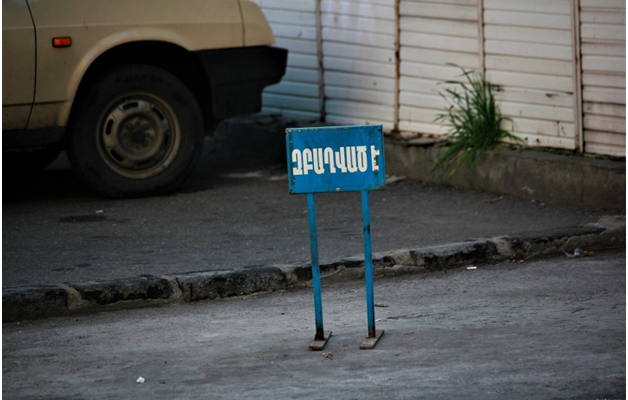 Lack of Parking Spaces in the Center of Yerevan: There is a Solution!

As the level of urbanization in the modern world grows, the problems of urban development also grow, including overpopulation of transport infrastructure and traffic jams, especially in urban centers, with their negative impact on the economy, society and environment.

It is not a novelty that traffic in Yerevan is overloaded, public transport is extremely unregulated and of poor quality which creates difficulties for ordinary citizens. Everyday Armenian drivers are facing the problem of finding parking spaces. In order to park one should either find free parking spaces or park within red lines. Currently, the Municipality of Yerevan regulates and sets prices for parking , however, there are many shortcomings in the implementation and regulation of the law. Even though drivers pay for the red lines every year, if they want, they will not find parking spaces anytime and anywhere. Shortage of parking spaces in Yerevan increases the time that drivers spend on searching for a place to park their cars, which in turn increases the time and cost of fuel and consequently leads to traffic jams.

According to my calculations I have spent 52 days in a year  searching for a parking space. Here comes the question: Does it make sence? Taking into consideration our busy lifestyle, most of the people will answer “Of course, not!” However, hundreds of citizens in Yerevan everyday struggle to find places to park their cars. Moreover, some drivers desperately park their cars in incorrect places and as a result get fines. The issue of parking spaces is one of the urgent  topics in Yerevan and  stakeholders such as the Municipality of Yerevan and public organizations try to find solutions for this problem. One of the reasons for the shortage of parking lots is that, over the past few years, the number of motor vehicles has increased in Armenia, and as a result drivers are facing a critical problem where to park their cars in the center of Yerevan, in places of intense traffic, in front of shopping malls, as well as near business centers and residential areas. Therefore, a simple conclusion can be drawn: car parking spaces are one of the pressing problems today in Yerevan.

With continuous growth of car imports, moving in the center of Yerevan has become a real challenge, finding a parking lot has become a real challenge for drivers. According to the data provided by the Census and Economic Information Center (CEIC) for December 2019 the number of registered cars was 790,000 and it  should be noted that  nearly half of these cars are situated  in Yerevan. Further the number of people who live in Yerevan is 1,093,000, so if we put these two numbers together we could see that roughly half of Yerevan residents have cars, not counting the number of cars which came to the central part of the city from nearby regions, who leave their cars on the streets and thereby interfere the movement of other cars, as well as,  public transport. Thus, hundreds of drivers face a shortage of parking spaces which lead to problems with comfort movement and time management.

The relevance of the parking problem is proved by the results of the IBM Global Parking Survey, which surveyed 8042 commuters in 20 cities around the world. It was found that:more than 30% of traffic jams in cities around the world arise from the fact that drivers in the search for a parking place create obstacles on the road; 8 out of 10 surveyed drivers at least once had given up the search for a parking place and went  to another place; over a quarter of respondents entered into a dispute with other drivers over a parking space; (ARMONK, 2011).

The sharp increase in the number of private cars and the level of motorization of the population observed in the last 10 years in central Yerevan, as well as the  shortcomings of the transport system sharpens the problem of permanent and temporary parking of automobiles.

Another significant factor that needs to be taken into consideration is that cars for sale or rent  and cars without plates are parked on the red lines which  automatically creates the shortage of parking places. Currently there is no law which regulates whether cars for sale/rent  and without plates can be parked on red lines and if they can, how much they have to pay because it is not fair to pay the same amount of fee as ordinary citizens pay .

Furthermore, on social media drivers often raise the question of their damaged cars which have been parked on the red lines. Despite the fact that in all administrative districts of the city there is a paid parking with red lines, surveillance cameras for these zones are installed only in the Kentron administrative district and on some streets of Arabkir district. That is why some drivers were fined for  parking on  red lines  and not paying for them, and they could cancel the penalty due to the lack of  surveillance cameras to monitor the territory. According to the Municipality of Yerevan in 2017, there were 64,933 unpaid fines for red lines out of  39,118 fines were declared as invalid. In the decision to “organize parking lots in Yerevan’s urban community” states that the parking lot must have a hard surface covering the area,  technical means of controlling the area, there should be an information sign on the paid parking space, which should include the full name or surname of the parking organizer, its location, telephone number, working mode of the parking lot, and the amount of the fee for service ( IRTEK,2012). For example in  Malatia-Sebastia administrative district  parking spaces are only marked in red, they are lacking a camera to monitor the area and a billboard confirming the parking lot. Even if in some areas, there is an information panel confirming the parking space, there is no camera to monitor the area (See Figure 1). 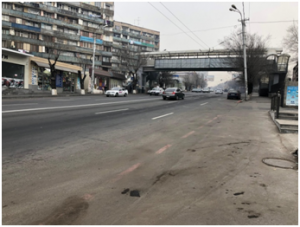 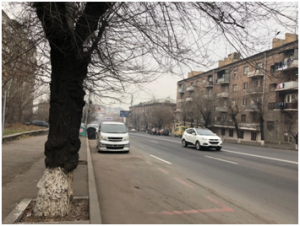 Current status of the problem

In Yerevan the Council of Elders sets order and prices for parking in the capital. The city authorities decided to clean the central squares of the city from cars in order to make Yerevan more attractive for tourists. The Republic square is one of the largest and free parking spaces in the city center, however after prohibition of parking there, drivers have to find other places for parking.

Currently in post-revolutionary Armenia some changes are going to happen connected with red lines. In accordance with this,  red lines will  remain only in 2 administrative districts of Yerevan,  and the tariff will remain unchanged. The relevant bill was proposed by  My Step Alliance deputies Sipan Pashinyan and Sisak Gabrielyan. Another point of the bill relates to cars without plates or with closed plates. According to Sisak Gabrielyan it will be forbidden to park cars without plates on red lines and the Council of Elders will have the power to make decisions either to set separate tariffs for these cars or give them separate space for parking. Under the same conditions, long-term parking of for sale or rental cars will also be prohibited. However till now the new bill has not got into parliament for the first reading (Factor tv, 2020).

The chairman of the public organization “Driver’s Friend” Keyan, sees the solution to the parking problem in the availability of good public transport, since in this case citizens will  prefer using public transport instead of their private cars (Sputnik, 2020).

As stated above the parking issue involves various stakeholders. Of course, first of all  the reform of the parking system needs the support of the general public.

Since the early 1990s,  Strasbourg has experimented with policies that reduce car traffic. The multifaceted approach of the city has included the pedestrianization of the downtown, construction of public transport infrastructure, expansion of bicycle infrastructure,the expansion of inner-city paid parking. Strasbourg efforts to control car use through parking, promotion of bicycles, improvement of public transport and a pedestrian walkway yielded tangible results((Kodransky, Hermann,2011).

Paid parking can be found almost everywhere in Amsterdam  The ultimate goal of paid parking was to reduce car traffic by 20% in the inner city, as well as a 20% reduction in traffic searching for a place to park. Moreover, their car  plate numbers have been  registered with emission information. The government has full stake on parking authority in order to effectively manage parking and issuing parking permits. If a driver wants to park in the city center he/she has three options: apply for permission; rent space in the garage; or buy parking space (total cost: € 40,000). (Kodransky, Hermann,2011).

Barcelona  has been faced with congestion from 1.15 million vehicles which entered the city center and 93% of these vehicles looking for parking spaces. In 2005 the city launched the integrated parking regulation program known as “Green Zone.” The aim was to regulate visitor parking supply, limiting parking time using a pricing mechanism to control on-street demand for spaces, while giving priority to residents.” The parking policy also included converting car spaces to motorcycle parking and Bicing stations. As a result of parking reforms traffic congestion was reduced by 5–10%  (Kodransky, Hermann,2011).

Currently, the situation with the provision of places for  parking of cars in Yerevan is an acute problem of transport infrastructure. The need to provide places for parking cars in the city center will be increased in accordance to the level of peoples’ motorization. Open parking places in the city are not enough. In addition, some parking lots operate illegally, for example the one near Khorenatsi street. The existing parking places for multi-storey buildings, supermarkets, business centers do not allow cars to park in their territory. So, the following recommendations for solving the parking problem are suggested:

The best policy option will be the introduction of  paid parking spaces which in its turn will stimulate the use of public transport. For the organization of a paid parking system, it is possible to get money from the budget, as well as the government can cooperate with the private sector.

As a conclusion, lack of parking is one of the main factors influencing traffic conditions, especially in the central part of the city. The presence of parking on a significant number of highways,  makes it difficult to drive vehicles, increases the time cost of movement, and also affects the environmental safety of the urban environment.  Thus, the stakeholders should work together in order to improve the parking system of Armenia and to find a solution which will be beneficial to all interested parties.